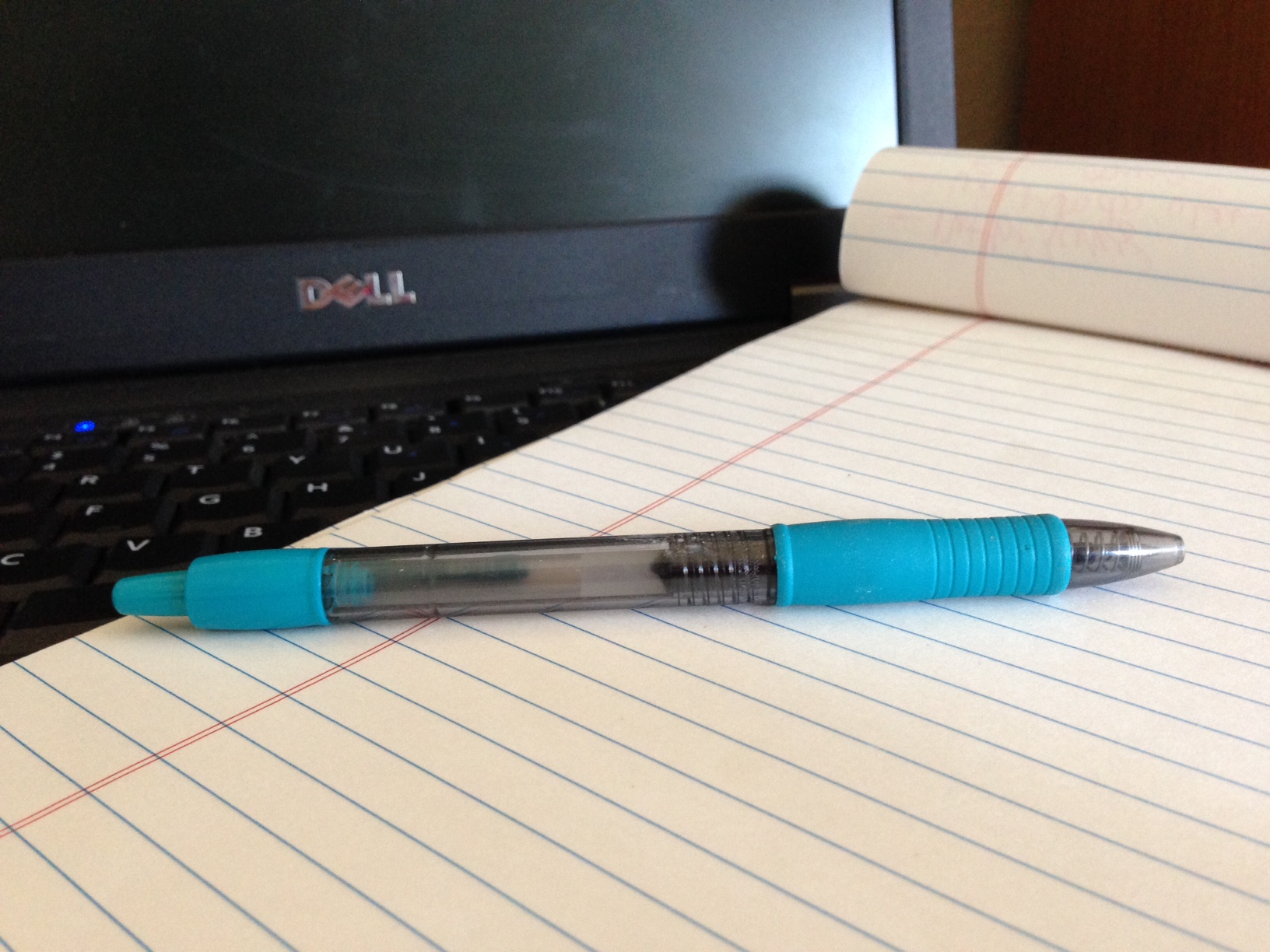 One of the first things my university students learn about me is that I maintain a rather draconian policy on electronics in the classroom.

Generally, if I see a cell-phone, that means a 50 point penalty, or a 1/3 of a letter grade lost.

Yep, this blogging, tweeting, iphone-never-far-away professor inflicts punishment on students with the nerve to use cell phones* in class. And, I have a “top-ups when I tell you” laptop rule, meaning, screens can only be open during certain parts of class such as lecture. (If you’ve ever tried to teach a class while someone is surfing Facebook or watching a play-off game–yes, that’s actually happened–you can understand why these rules came about.) Generally, I discourage the use of laptops** in the classroom.

My rationale for limited electronics is two-fold: 1. Electronics use in the classroom can be both distracting and rude, ahem, and 2. We human types have limited ability to process information, so reducing distractions is important for learning.

And on that second note, I just read that my laptop limitation may actually be more beneficial for learning than I realized.

Psychologists from Princeton and UCLA recently conducted experiments that found old fashioned pen-and-paper note taking was more beneficial for academic performance as compared to using a laptop. Students who hand-wrote notes had better recall of ideas AND scored higher on tests, even when laptop users nearly transcribed the lecture word for word.

That latter point intrigues me because I see so many students furiously scribbling during my lectures, scrambling to capture power point information and quotes word for word. It seems that verbatim notes trigger what Huffington Post writer Wray Herbert calls “mindless processing.” While transcription of information is good for recalling facts, the lack of reframing/paraphrasing discourages students from understanding conceptual ideas, making linkages, and thinking critically. And, as I know from experience, it’s damn hard to doodle on a keyboard.

So, all hail the notebook and pen! And if you do use a laptop, don’t get sucked into mindless transcription.

* Do note that I don’t discourage cell phone use generally speaking. If someone’s got an important call, an emergency, or just can’t help but check their social media stream, I invite them to do so… in the hallway.

** Of course, I have a number of students who use laptops frequently. I would never forbid them outright because I know that aside from being useful/encouraging organization and sharing, laptops can enable those with different abilities to participate in learning. And, as I hear frequently, some folks just have terrible handwriting!